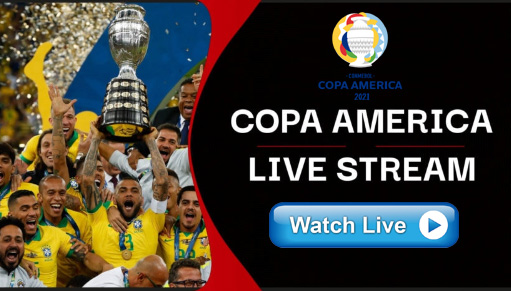 Lionel Messi, Neymar and Luis Suarez headline an ensemble of the world’s top footballing talents as they strive to lead their respective countries to 2021 Copa America glory over the next four weeks. Read on to find out how to watch a Copa America Final 2021 live stream from anywhere.

Pão e circo are the order of the day in Covid-crippled Brazil, which brushed aside international condemnation to accept hosting duties, after deadly political unrest and a worsening health crisis deemed Colombia and Argentina unsuitable. Football fans will be keeping their fingers crossed that off-field problems don’t overshadow what should be a celebration of sport, but may end up as one of the most controversial events ever.

In normal times, the Copa America is one of football’s most spectacular festivals and a tournament that’s been traditionally dominated by the big three: Uruguay (15 titles), Argentina (14) and Brazil (9). And like Euro 2020 on the other side of the Atlantic, it has been eagerly awaited.

The Seleção are the defending champions, with Everton, Gabriel Jesus and Richarlison having fired Brazil to victory over Peru in the final two years ago.

Incredibly, Messi has never lifted America’s Cup, having tasted defeat in three finals, the last of which pushed him to an early, albeit temporary, international retirement. Copa America has become an obsession for La Albiceleste, who haven’t won the tournament in 28 years.

Here’s how to live stream Copa America Final 2021 from anywhere – not forgetting how to watch every game of Copa America for FREE.

As usual, football fans in the UK are extremely lucky on this front, with all the games being shown by national broadcaster BBC on its free-to-watch iPlayer streaming service.

Elsewhere the likes of Televisión Pública in Argentina, SBT in Brazil, Canal 13 in Chile, and América Televisión in Peru will also be carrying some free coverage throughout the tournament.

How to watch Copa America Final 2021 from outside your country
Scroll down for all the ways you can watch Copa America online in a number of countries around the world. But first, you should know that if you’re abroad at any point during the tournament, you probably won’t be able to watch the footy like you normally would at home.

This is because of geo-blocking, a digital restriction that means certain streaming services are only accessible in the region they’re based in. Don’t sweat it, though, as you’ve got the option of using a VPN to tune to your preferred coverage wherever you are.